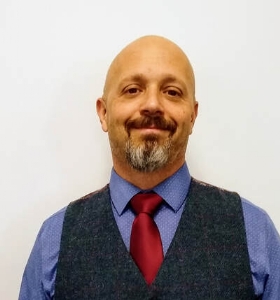 Brian Morris was born in Long Island, NY where he lived until he enlisted in the Navy in October 1992.  Brian’s tours included serving as a Hospital Corpsman with the United States Marine Corps, a Navy helicopter squadron and a work center supervisor in a hospital in Rota Spain.  In 2003 he completed his BA in history at The Citadel, The Military College of South Carolina, and received his commission in May 2005.  As a naval officer, he served in various leadership roles on USS Carney (DDG-64).  Upon completion of his sea tour Brian transferred to the United States Naval Academy where he served as a Seamanship and Navigation instructor, a Physical Education Instructor and finally as a curator at the USNA Museum.  He earned graduate degrees from Cumberland University, Master of Public Service Management and the Naval War College, Management Master's Degree with Naval Operations and National Security Specialization.

Brian is currently an adjunct professor of political science at Cumberland University, where he also serves as a member of the Campus Safety Committee.

During his 21-year career he earned numerous personal and unit awards and citations.  He married Racheal Schemenauer in 2004 and has two sons Thomas, 15 and Daniel 11.  He currently resides in Murfreesboro, Tennessee.